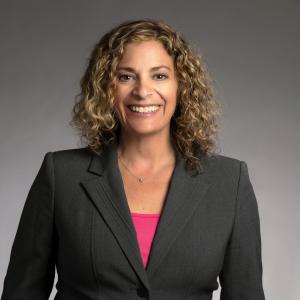 CHICAGO, IL, UNITED STATES, May 13, 2019 /EINPresswire.com/ — Stop Foodborne Illness, a national nonprofit, public health organization dedicated to preventing illness and death from foodborne pathogens, has appointed Mitzi D. Baum as its new Chief Executive Officer, effective immediately. Baum, who has an extensive career as an advocate for food safety in the non-profit sector, will take the reins as Stop seeks to broaden its impact in the U.S. She succeeds retiring chief officer Deirdre Schlunegger.

“We are fortunate and excited to gain the extensive leadership experience and personal passion for food safety that Mitzi brings to Stop Foodborne Illness,” said Michael Taylor, co-chair of Stop’s board and former Deputy Commissioner for Foods and Veterinary Medicine, FDA. “Her experience working in the non-profit sector and with food industry and government partners will be critical as we work to expand the impact Stop’s constituents have in preventing foodborne illness.”

Baum joins Stop after 23 years at Feeding America, the nation’s largest hunger-relief organization of more than 200 food banks that support 46 million people annually. In her most recent position at Feeding America, Baum was Managing Director of Food Safety where she was the driving force behind implementation of food safety and risk mitigation strategies pertaining to the products sourced, processed and distributed by the food bank network. She also played a key role in strengthening Feeding America’s ability to achieve significant partnerships with food donor organizations. An acknowledged leader, Baum has been a proponent of updating existing regulations to increase food donations that can safely be consumed by those in need.

“I’m gratified and excited to be joining Stop,” Baum said. “While awareness of food safety is growing, we know that nearly 50 million Americans each year get sick from foodborne illnesses. More than 125,000 people are hospitalized, and thousands die. There are very real personal and health costs associated with foodborne illness, and some people suffer from lifelong side effects. Stop can play a key role in heightening awareness among workers in the food industry and consumers. We’re working to reduce and stop foodborne illnesses from occurring.”

“For many years, Stop has been the leader of victim support and outreach in the face of foodborne illness, working closely with individuals and families during vulnerable moments when they have nowhere else to turn,” said Lauren Bush, co-chair of Stop’s board. “Similarly, Mitzi’s experience and understanding of food insecure families will provide a helpful bridge to understanding Stop’s unique role. With Mitzi in the leadership role, Stop’s ability to make a positive difference will be stronger than ever.”

“As I retire from my position, I couldn’t be happier to pass the gavel to Mitzi,” said outgoing CEO Dierdre Schlunegger. “She is a highly respected and influential member of the food safety community. Our organization will clearly be in very capable and inspirational hands.”

Prior to her career at Feeding America, Baum had a 10-year restaurant management career in Atlanta, Cincinnati and Chicago, which included Chicago’s Lettuce Entertain You Enterprises.