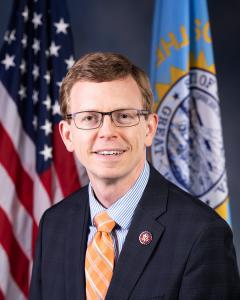 We are disappointed Reps. Kelly Armstrong, and Dusty Johnson sided with abusers in voting against the PAST Act.”
— Marty Irby, executive director at Animal Wellness Action

SIOUX FALLS , SOUTH DAKOTA , USA, August 19, 2019 /EINPresswire.com/ — The U.S. House of Representatives recently passed the Prevent All Soring Tactics (PAST) Act, H.R. 693, by a vote of 333 to 96. U.S. Reps. Kelly Armstrong (R-ND-At Large), and Dusty Johnson (R-SD-At Large), both freshmen Members of the U.S. House of Representatives, broke with the majority of Republicans and voted against measure, siding with abusers.

U.S. Senate Majority Whip, John Thune (R-SD) has been also a longtime supporter of the PAST Act who ushered the legislation through the U.S. Senate Committee on Commerce, Science, and Transportation as Ranking Member in 2014. However, in 2019, Thune, nor U.S. Senators Mike Rounds (R-SD), John Hoeven (R-ND), or Kevin Cramer (R-ND) have cosponsored the Senate companion bill, S. 1007, led by the senior U.S. Senator from Idaho, Republican Mike Crapo, that mirrors the House passed legislation.

“We are disappointed Reps. Kelly Armstrong, and Dusty Johnson sided with abusers in voting against the PAST Act,” said Marty Irby, executive director at Animal Wellness Action and past president of the Tennessee Walking Horse Breeders’ & Exhibitors’ Association. “The overall landslide support for the PAST Act in the House is a powerful signal to the U.S. Senate that it should saddle up and direct Secretary Sonny Perdue’s USDA to enforce the Horse Protection Act and end this cruelty to horses once and for all.”

“I support the humane treatment of all animals and remain committed to ending the cruel practice of soring,” said Senator Mike Crapo (R-ID), lead Republican sponsor of the PAST Act in the U.S. Senate. “I appreciate the House’s movement on the PAST Act. I will continue to work with my colleagues in the Senate to see that the legislation moves in the Senate and that current animal welfare laws are enforced.”

“Timing is ripe, and the majority of Americans want to see Congress work to protect these iconic American horses upon whose backs our country was built upon,” said Animal Wellness Advocate Priscilla Presley. “U.S. Senate Majority Leader Mitch McConnell should swiftly schedule a vote on the PAST Act, and execute the will of the American people, and I call on him to do so!”

The PAST Act has been blocked for years by a handful of well-placed lawmakers, but a new House rule triggering consideration of any measure that attracts 290 or more cosponsors brought the issue to the floor. PAST attracted 308 cosponsors, and was led by U.S. Reps. Kurt Schrader (D-OR) and Ted Yoho (R-FL), cochairs of the Congressional Veterinary Medicine Caucus, along with Reps. Steve Cohen (D-TN), Ron Estes (R-KS), Jan Schakowsky (D-IL), and Chris Collins (R-NY). The Senate companion has garnered 43 cosponsors.

See what Members of Congress from across the nation have to say about the PAST Act by clicking here.