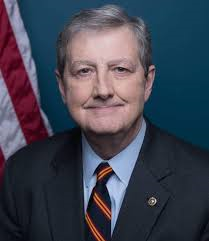 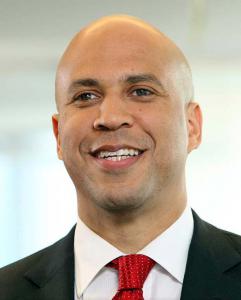 We shouldn’t be killing rhinos for their horns, elephants for their tusks, or bears for their bladders.”
— Wayne Pacelle, founder of Animal Wellness Action

Bear gall bladders are used in Traditional Chinese Medicine, and in China, South Korea, and Vietnam, there are bear “farms” where the animals are housed in concrete pits and “milked” for their bile, in demonstrably inhumane conditions. Wild bears, including in North America, are also known to be poached just for their gall bladders. The Bear Protection Act would forbid any interstate transport or sales of bear galls and other viscera and forbid any imports or exports of these body parts. There are eight species of bears in the world, and once gall bladders are extracted from the body of a bear, they are visually indistinguishable in terms of species type.

“We shouldn’t be killing rhinos for their horns, elephants for their tusks, or bears for their bladders,” said Wayne Pacelle, founder of Animal Wellness Action. “Wildlife trafficking is one of the greatest threats to rare species throughout the world, and the Bear Protection Act is a lever to protect several species of bears from reckless and warranted commerce in their parts. We are grateful to Senators Kennedy and Booker for helping to lead this fight for bears.”

“For years, legal loopholes have allowed the abuse and trade of wild bears to continue,” said U.S. Senator John Kennedy. “I’m proud to partner with my friend Senator Booker to help prevent the slaughter and sale of innocent creatures through a commonsense solution.” Louisiana has a subspecies called the Louisiana black bear, and the populations are small and fairly isolated.

U.S. Senate Majority Leader Mitch McConnell, R-Ky., introduced the Bear Protection Act two decades ago and his bill passed the Senate twice by Unanimous Consent, but the measures were not acted upon by the House. U.S. Rep. Raul Grijalva D-Ariz., chairman of the House Natural Resources Committee, previously introduced this legislation in the 111th Congress.

Across the United States, bears and cubs are killed by poachers who take only their gallbladders, and sometimes their paws, leaving the rest of the bear behind. The gallbladders are easy to conceal and attract a high price (exceeding $1,000 per gallbladder) due to their use in some traditional Chinese medicine. The trade is heavily centralized in China and South Korea, where bears are held captive, crowded with other bears in entirely unnatural circumstances, and drained of bile with the use of an invasive tube inserted into their bodies. Bears are kept in small cages for years with a tube inserted directly into their gallbladder to obtain bile, often until the bear dies from the effects of this invasive and dangerous process. Circumstances for wild Asian bear are particularly perilous, while other species of bears throughout the world face threats from the trade in their parts and the effects of other human activities.

There are 40 states have laws on the books to address this trade, revealing the emerging consensus to address this problem. The Bear Protection Act is needed to make a global statement about the trade from the United States, and to address gaps or inconsistencies in state laws. A trafficker in Colorado may face up to three years in prison and a $100,000 fine, while a trafficker in Kentucky may receive only a $100 fine. Federal sentencing guidelines dictate that the market value of the item must be at least $350 for a prosecution under the federal Lacey Act, but the courts attribute the value of a gallbladder to only $280.