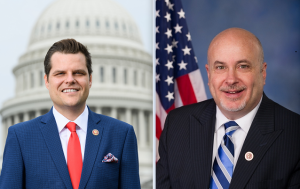 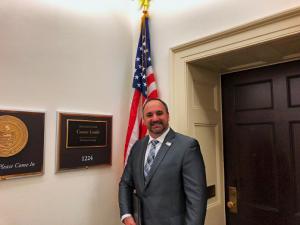 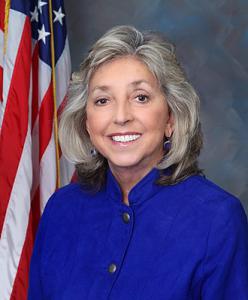 With farmer bankruptcies and suicides at an all-time high, family farmers across America are screaming for checkoff reform and passage of the OFF Act.”
— Mike Eby, chairman of the National Dairy Producers Organization

WASHINGTON, DC, USA, February 7, 2020 /EINPresswire.com/ — This week, U.S. Reps. Matt Gaetz (R-FL), and Mark Pocan (D-WI) joined in cosponsoring the Opportunities for Fairness in Farming (OFF) Act, H.R. 5563, led by U.S. Rep. Dina Titus, (D-NV) to create a system of financial controls and transparency to reform USDA’s agricultural checkoff programs. In 2019, U.S. Sens. Mike Lee (R-UT), Cory Booker (D-NJ), Elizabeth Warren (D-MA), and Rand Paul (R-KY) introduced identical companion legislation in the U.S. Senate. Gaetz is a newcomer to the legislation in the 116th Congress, and Pocan was a cosponsor of the bill in the 115th Congress.

Checkoff programs generate hundreds of millions a year, and past reviews have revealed that monies have been diverted by agribusiness trade associations for salaries and lobbying activities that often-run counter to the wishes of family farmers and utilized to push policies harmful to animals.

Congress originally intended to tax farmers and compel them to pay into a federal account for non-political promotion programs for their commodities. As it has played out in the real world, however, the National Cattlemen’s Beef Association, National Dairy Promotion Research Board and other leading trade groups got access to the till and now they divert tens of millions annually to their own associations for advocacy or anti-competitive activities that put a special hurt on small farmers.

“We applaud Reps. Gaetz and Pocan for joining the cause to help family farmers and reform USDA's corrupt checkoff programs,” said Marty Irby, executive director at Animal Wellness Action who grew up on a horse and cattle farm in Alabama. “Congress should swiftly hold a hearing on the OFF Act, bring the leaders of the beef, pork, and dairy checkoffs to the witness table, and require them to open the books to the American farmers whose hard-earned dollars they have been misusing.”

“With farmer bankruptcies and suicides at an all-time high, family farmers across America are screaming for checkoff reform and passage of the OFF Act,” said Mike Eby, chairman of the National Dairy Producers Organization and a candidate for president of the National Farmers Union. “I applaud Reps. Matt Gaetz and Mark Pocan for cosponsoring H.R. 5563 and will continue to advocate on Capitol Hill for a hearing on the bill just as I did this week.

“The USDA’s checkoff programs have operated without sufficient oversight for far too long – and this legislation will bring much-needed accountability and transparency,” said U.S. Rep. Dina Titus (D-NV) in an earlier release. “Family farmers should not be forced to pay into organizations that sometimes lobby against their own interests and threaten animal welfare.”

Years ago, the Pork Board developed its “Pork: The Other White Meat” campaign. Yet, despite the exclusive use of checkoff funds to develop and promote the slogan, the NPPC claimed title to the trademark free of charge. Then, after the trademark had nearly exhausted its market value, the Pork Board bought back (with checkoff dollars) its own unlawful “gift” from the NPPC – for $60 million. These federal funds are now being paid out every year in $3 million installments, and they make up a third of the NPPC’s annual budget.

The OFF Act would amend the authorizing checkoff laws to reaffirm that these programs may not contract with organizations that engage in policy advocacy, conflicts of interest, or anticompetitive activities that harm other commodities. It would also require that they publish all budgets and disbursements of funds for the purposes of public inspection and submit to periodic audits by the USDA Inspector General. The effort for checkoff reform is supported by organizations that represent more than 250,000 farmers, along with Animal Wellness Action, the Organization for Competitive Markets, Family Farm Action, and the Heritage Foundation.