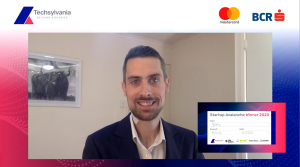 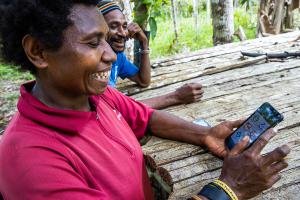 A big win for the team and impact investors backing the mission of helping 2-billion smallholder farmers lift themselves out of poverty.

AgUnity will transform how farmers sell commodities in developing markets, akin to what Alibaba did for manufacturers in China. By doing so, millions of people will be lifted from poverty.”
— Angus Keck, COO

CLUJ, ROMANIA, September 30, 2020 /EINPresswire.com/ — AGUNITY CROWNED WINNER OF €200,000 FROM STARTUP AVALANCHE INVESTORS; AgUnity tops the shortlist from hundreds of applications around the world and showcases how traditional investors are attracted to the financial value of Impact organisations. A big win for the team and the impact investors backing the mission of connecting 2-billion farmers (known as “the last mile”).

The competition challenged startups from all over the world to prove traction, scalability, and real value, mentored by industry leaders over several weeks. The contest culminated in an energetic, 2-day worldwide pitch event attended by 16 startups, with the best 5 making the final round.

Startup Avalanche is no regular pitching competition however, and the rigorous process proved to be quite the challenge as AgUnity CEO David Davies explained,

“It was a tough process, the judge's kind of tore us to pieces (in a positive way) in the beginning. But their feedback was critical to us winning – we all had this brilliant lightbulb moment where we realised our story is not only ‘feel good’, but incredibly compelling to traditional investors when explained in the right way.”

The competition became even more intense when it was announced that the initial prize of €75,000 was being doubled to €150,000 thanks to Techsylvania’s partners; ROCA X, Risky Business and Arobs Transylvania. This comes in addition to €50,000 in software development credit provided by Fortech.

“We couldn’t believe it [the doubling of the prize]. I was instant messaging our COO Angus while they were announcing it and he nearly fell off his chair,” Davies commented with a beaming smile.

AgUnity is no stranger to winning competitions like these however, with an impressive range of wins including OpenIDEO’s ‘Business Pivot Challenge’, won by ‘AgUnity Response’ a subsidiary dedicated to providing solutions to governments and businesses impacted by lockdowns and COVID-19 restrictions. For this they were awarded with $10,000 USD cash and support from Vodafone Americas Foundation and recruited over 20 experienced new team members, who, seeing the vision, agreed to work for an initial ‘Work for Equity’ arrangement in the company. Another recent win was AgUnity Response being voted the Best AgriTech/FoodTech Project, Product or Pivot category in the Online Startup & Innovation Awards organised by YBF Ventures.

AgUnity continues to generate a lot of traction in 2020, having managed to secure a number of new contracts including with Fairtrade International, USAID, and GIZ to deploy its products and services across 3 continents. AgUnity also signed partnership agreements with Songhai Labs, an African-based innovation accelerator, as well as three insurance companies: Etherisc, IBISA, and Bluewave Insurance.

AgUnity had been planning a capital raise prior to the COVID-19 outbreak but, with sufficient working capital for immediate needs, those plans were put on hold to focus on the emerging opportunities and challenges presented.

However, thanks in part to these recent successes, Davies now believes that AgUnity is in an even stronger position and is perfectly suited to raise the full US$5M Series A at a higher valuation.

“When we were first planning our capital raise, we didn’t have COVID-19 in our calculations. Since our adaption to the situation, we see our growth trajectory, like many other tech-based startups, accelerating over the next 6-12 months. We are already in discussions with a number of tech, impact and agricultural-focused VCs, and we’re confident of closing our $5M Series A by end of the year / early next year.” Davies explains.

While COVID-19 continues to create many unique problems for those all over the globe, Davies and his team are convinced that AgUnity will be a launchpad for scaling projects, enhancing revenue and improving / adapting the product features in order to best address the challenges that have arisen.

For further information – please contact David and the team at hello@agunity.com or visit our website at www.agunity.com

AgUnity is a global technology platform empowering thousands of organisations working toward UN SDGs to connect the last mile. Tackling issues of poor connectivity, a lack of digital literacy, and a lack of trust, AgUnity has developed a smartphone and blockchain-based solution for the world’s 2-billion last mile farmers, a simple mobile product enabling cooperation, and connecting smallholder farmers with the services they need.