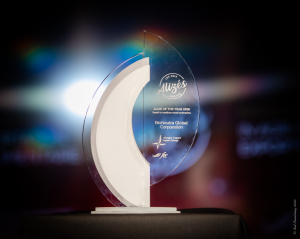 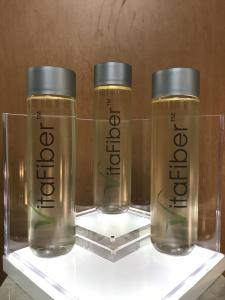 The jury was greatly impressed by the innovation demonstrated by companies, both in adapting their products for new markets and in developing international strategies.”
— Louis Turcotte, Jury Chairperson

It was one of two awards sponsored by Farm Credit Canada (FCC) and the Canadian and Quebec governments to celebrate Canada’s agriculture and agri-food export industry. Canada is the world’s 5th largest exporter in this category.

BioNeutra was chosen the 2020 winner in the small/medium business category by a jury of recognized experts in agri-food exports. Jury Chairperson Louis Turcotte says of the nominees, “the jury was greatly impressed by the innovation demonstrated by companies, both in adapting their products for new markets and in developing international strategies.”

The awards program now entering its 14th year is named after ‘the Alizés’, known in English as the ‘trade winds’ and refers to the winds that ships used to navigate the maritime trade routes between continents linking Canada to foreign markets. The awards are ordinarily presented in conjunction with SIAL, Canada’s largest food innovation trade show that alternates between Montreal and Toronto but because of COVID, were presented during a virtual presentation. www.lesprizalizesawards.ca/en

BioNeutra Chief Operating Officer Dr. Steve Jakeway says “We’re proud to be a Canadian exporter and very honored to receive this award. Canada’s agri-food industry is an important part of the Canadian export economy and the global market is important to us and we are pleased to be recognized for the achievements made by the team at BioNeutra and thankful for the support of Export Development Canada, Agriculture and Agri-Food Canada and Alberta Agriculture and Forestry.”

2020 has been a banner awards year for BioNeutra starting with its selection by the Financial Times as one of the 500 Fastest Growing Companies in the ‘Americas’. BioNeutra has won a total of three export awards in Canada and is a finalist this year for a top business award presented by the Alberta Chambers of Commerce which represents 25,000 businesses in the province.

BioNeutra’s lead product VitaFiber® IMO is a low-calorie sweetener and fiber which is popular with manufacturers of protein bars, yogurts, beverages, ice cream, and confectionaries. It’s exported to manufacturers on four continents – North America, Europe, Australia, and Asia. Cumulative sales in the past three years totalled more than $107 million.

BioNeutra is an award-winning, sector-leading Canadian company in the business of research and development, production, and commercialization of ingredients for nutraceutical, functional and mainstream foods and beverages with a focus on its lead product – VitaFiber® IMO. BioNeutra’s goal is to improve consumer nutrition and public health.

VitaFiber® IMO is made using a patented process that naturally and enzymatically converts starch molecules from plant-based starches such as pea or tapioca into healthy functional molecules. The conversion process does not involve any chemical modification making VitaFiber a natural food and beverage ingredient. VitaFiber® IMO has been authorized for sale by the world’s top three health regulatory bodies: generally regarded as safe (GRAS) by the U.S. Food & Drug Administration; a novel food ingredient by Health Canada and the European Food Safety Authority. Additionally, Health Canada has approved VitaFiber® IMO as a dietary fiber. VitaFiber® IMO is naturally sweet, lower in calories than sugar and a natural source of prebiotic dietary fiber for human digestive health.

The Company’s customers include a mix of small and medium businesses as well as a number of high-profile food and beverage manufacturers on four continents.