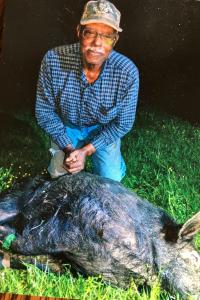 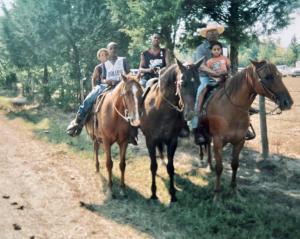 This ordeal is killing me, at 86-years-old I never imagine losing the one thing my family worked so hard for and is a part of our family legacy.”
— Lee Holley, Farm Owner

DALLAS, TX, USA, February 28, 2021 /EINPresswire.com/ — An African American farmer and his brothers from Omaha, Texas, are pleading for the public’s help to stop the farm they pooled their money together to purchase in 1968 from being auctioned off after a dispute with UnitedHealthcare® that has nothing to do with the farmers or their farm. The attempt to seize the farm amidst a President approved statewide winter emergency and the global pandemic has gotten the attention of celebrities and civil rights leaders who are lending their voice and social media platforms to bring attention to the issue.

86-year-old cattle farmer Lee Holley and his two brothers, Willie and Rudolph, say they have fought off racism and death threats over the years from people who have not supported seeing the 500-acre property in the hands of an African-American family. But they can’t fight off a lawsuit by the healthcare giant threatening to destroy the family’s legacy and everything they have lived and worked for over the years.

“Our family is heartbroken over this,” said Holley. “This farm is everything we have and the only life my brothers and I have known. We have raised our children and grandchildren here, and we would do anything to save it.”

The lawsuit with United healthcare is over medical claims involving Lee’s 60-year-old daughter, Dr. Lisa Holley, an anesthesiologist from Dallas. UnitedHealthcare® alleges that they overpaid for surgeries she billed through her medical practice, LH Medical, which Dr. Holley disputes. A two-million-dollar default judgment by the court opened up an opportunity for UnitedHealthcare® to come after everything, including the family farm. Dr. Holley says it is held in a family trust and should not be a part of this settlement.

“This feels like a modern-day lynching,” said Dr. Holley. “African American’s never got their 40-acres and a mule, and here you have a family who had to fight all kinds of racism to buy this farmland in the middle of the civil rights movement in the 1960s. It is even harder to keep it, only now to watch it stolen over a financial matter having nothing to do with the farm.

Lee Holley believes this is part of a larger conspiracy to rob Black Farmers of their land. This month, the Senate announced The Justice for Black Farmers Act to protect remaining Black farmers from losing their land. The act will provide land grants to create a new generation of Black farmers, restore the land base lost, and implement systemic reforms to help family farmers across the United States. According to US Senator Cory Booker, there were nearly one million Black farmers in the United States in 1920. Unfortunately, due to the history of discrimination, it is estimated that there are less than 50,000 remaining Black farmers.

“This should be criminal,” said Holley. “This ordeal is killing me; at 86-years-old I never imagine losing the one thing my family worked so hard for and is a part of our family legacy. If I had the money to pay United Healthcare myself, I would, but I am an elderly farmer trying to fight a healthcare giant.” My family and I are not asking for a handout; we are merely praying for a miracle,”

A crowdfund has been established by a notable, award-winning journalist and founder of iWomanTV, Cathleen Trigg-Jones, to shine a national spotlight on the issue and help the family raise money to save the farm.

A sheriff’s auction for the farm is scheduled for March 2, 2021, at 10 AM on the Morris County Courthouse’s steps in Omaha, Texas.