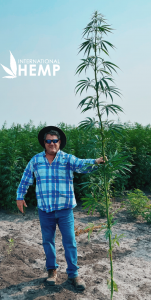 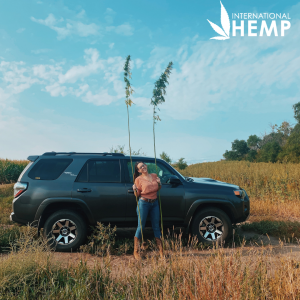 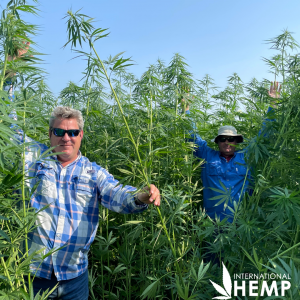 Our plan has always been to introduce large-scale, AOSCA certified industrial hemp seed production to the United States”
— Derek Montgomery

DENVER, CO, UNITED STATES, September 22, 2021 /EINPresswire.com/ — This summer, International Hemp undertook the monumental task of converting the majority of its hemp seed production from Europe to the United States. With over 500,000 pounds of domestic certified seed production planned, International Hemp set its sights on becoming the largest Association of Official Seed Certifying Agencies (AOSCA) hemp seed producer in the United States. The vast majority planted was two monoecious grain and fiber varieties, Henola and Białobrzeskie, both bred by the Institute of Natural Fibers and Medicinal Plants in Poznan, Poland.

The summer of 2021 was rife with challenges. For most of the growing season, a severe (in some cases extreme) drought threatened International Hemp’s certified seed production fields. In August, the U.S. Drought Monitor estimated that 40% of the country’s cropland – approximately 216.4 million acres – were experiencing drought conditions.

“Our plan has always been to introduce large-scale, AOSCA certified industrial hemp seed production to the United States”, says Derek Montgomery, CEO of International Hemp. “Growing crops on non-irrigated fields is always a risk. For a good portion of the summer, it looked like the risk was going to come back to bite us. I don’t want to give the impression that hemp is impervious to drought, it isn’t. We had some losses on account of low moisture, but we were pleasantly surprised at how resilient the plant was with even low amounts of timely rain.”

Crops that were planted into moisture saw quick emergence and established well. A couple of fields never received significant rains after planting and failed, but others that saw timely rain in June and July quickly jumped from 4-5 feet in mid-July to over 11-feet in mid-August.

It’s been a long-held belief that hemp is drought-resistant. Terry Moran, International Hemp’s lead agronomist doesn’t dispute the plant’s resilience but stands by the assertion that industrial hemp needs water at planting for good early emergence to establish a good stand. He comments, “Planting into moisture germinates the seeds and helps establish good plant emergence. Once the plant is growing, some timely moisture can bring about good yields even in otherwise dry years. Even modest irrigation can reduce the risks associated with growing hemp considerably.”

By 2022, all of International Hemp’s commercial inventory in the United States and Canada will be domestically produced and AOSCA certified. International Hemp intends to continue licensing and developing the highest quality, highest yielding hemp genetics in North America.

International Hemp is partnering with food and industrial manufacturers to spur continued expansion of hemp processing with a mission to plant 1,000,000 acres of industrial hemp by 2025.